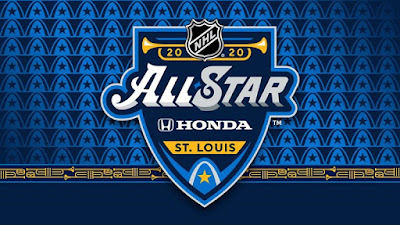 The NHL announced the participants of the skills comps that will showcase hockey's top talent on Friday, January 24th, 7:00 p.m. CT at Enterprise Center in St. Louis, Mo.

There are two new events this year: the Gatorade NHL Shooting Stars and the Elite Women's 3-on-3. Four events are returning: the Bridgestone NHL Fastest Skater, the Bud Light NHL Save Streak, Honda NHL Accuracy Shooting, and the Enterprise NHL Hardest Shot.

Two teams, American All-Stars and Canadian All-Stars, each comprised of nine skaters and one goalie, will go head-to-head in the Elite Women's 3-on-3. The 3-on-3 game will consist of two 10-minute periods, with a running clock. Teams will switch ends after the first period. All penalties will be "served" with a penalty shot being awarded to the player specifically fouled.

Meghan Agosta, CAN
Mélodie Daoust, CAN
Rebecca Johnston, CAN
Sarah Nurse, CAN
Marie-Philip Poulin, CAN
Natalie Spooner, CAN
Blayre Turnbull, CAN
Renata Fast, CAN
Laura Fortino, CAN
Ann-Renée Desbiens, CAN

All scoring denominations will be decided by the on-ice officials. If at the completion of the event there is a tie for the highest score, players will shoot three pucks each to determine a winner. If the players remain tied after the three pucks, a sudden death "score-off" will occur.


For the fifth straight season, the 2020 Honda NHL All-Star Game will feature a three-game tournament, played in a 3-on-3 format, showcasing teams from each NHL division competing for a $1 million winner-take-all prize pool.